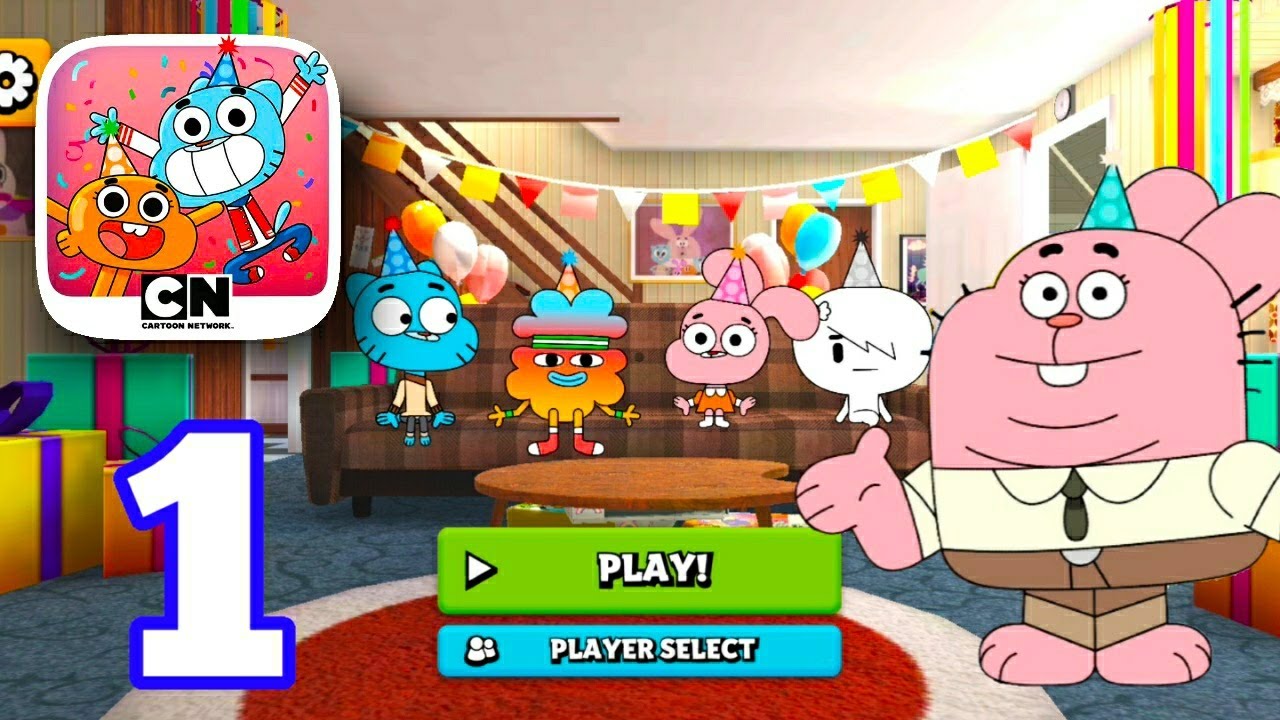 Step into The Amazing World of Gumball in this party game for up to four players.

Gumball is throwing a party and you’re invited! Get ready to go head to head with family, friends and foes as you explore four exciting board game worlds based on locations from The Amazing World of Gumball. Race your fellow players round the board and be the first one to reach the finish line – all while putting your skills to the test in cooperative and competitive mini-games! You never know what will happen next in Gumball’s Amazing Party Game!

“Oh Hi! Richard Watterson here! You might know me as Gumball’s dad, or as the guy banned from over 50 Joyful Burger locations across Elmore! Either way welcome to Gumball’s Amazing Party Game! This super fun app lets you go to a party at my house and play board games! Gumball and his friends won’t let me play because last time I sat on the dice and they were never seen again… but since this is all digital you don’t have to worry about that happening to you! I’ll let the official guys take it from here, but I know you’re going to have so much fun! Richard OUT.”

Play Solo and With Friends
Whether you’re throwing a real life party with a bunch of your friends, or if you’re just having fun on your own, you can play Gumball’s Amazing Party Game – and you’ll only need ONE device! Pass the device between your pals as you roll around the board and each take a turn. Every mini game has multiplayer for up to four people simultaneously, with each player taking a corner of the device to control the action (and the madness!). Throwing a solo party? You can still play every mini game against the computer! So no matter what kind of party it is, there’s always fun to be had in Gumball’s Amazing Party Game!
#games
#cartoonnetwork